In this special-ish edition of the Blender, a round-up of the best commercials from the Super Bowl, a look at what digital things travel brands are prioritizing in 2018, how your Instagrams are the same as everyone else’s, and how investing in an air ticket in 1998 paid off this year with… another ticket.

Yesterday America stopped for its annual series of commercials interrupted by occasional bursts of football. Yes, the Super Bowl served up a lot of action, but we wouldn’t be marketers if we didn’t find ourselves won over by an ad or two. Here’s a selection of some of the best.

Tide: It's a tide ad

Okay, so obviously not just one ad, but several. Tide pulls off the meta-angle masterfully, and actually manages to co-opt all the other commercials in which clean, pristine clothes appear. Which, of course, is pretty much all of them. Excellent choice of frontman in Stranger Things‘ David Harbour, and good thinking with using the IP of Procter & Gamble stablemate Old Spice.

Advertising football during football’s biggest game is probably unnecessary, but you can’t say it’s not a perfect subject for its audience. NFL relaxed its rules around touchdown celebrations last year, and this serves as a charming and delightful celebration of that. And who doesn’t love a Dirty Dancing tribute?

Got to get something tourism-related in here. Australia has both embraced and struggled with being stereotyped over the years. This is a solid way of owning that—and maybe it says something about Hollywood that the existence of a film like this is totally believable.

Bonus: check out the star-studded “trailer”:

This is a beautiful commercial with a beautiful message: getting out there and widening your world. It tackles the challenge of introducing people to Turkey, but also sells the idea of exploration, discovery, and international travel being good for body, mind, and soul. The only potential stumble is its choice of Dr. Oz as frontman, who can be a divisive figure—and that might be enough to turn some viewers off.

We can appreciate an ad that celebrates cutting through jargon. Plus this sells the message well.

It has a sweet, much-needed message. It could have been on-the-nose, but the tone and the rapport between its characters just makes it a lovely, heart-warming watch. Will anyone go out and buy a Toyota because of it? Maybe not. But hey, they’re probably selling enough, anyway.

Another heart-warming watch. This one is promoting a more specific cause, though without the partner ad, it might be left just a little too late and vague to really absorb it.

Honestly, we’re just including this one for the hilarious implication that Steven Tyler no longer feels anything.

If you manage Instagram for a business, this is a big one for you. Using third-party services like Hootsuite, you’ll now be able to schedule your Instagram posts in advance. That means you can plan out your Instagram presence a lot more easily, and won’t have to worry about being there to post at the times you want your posts to appear. Need any pointers on how to make it work for you? Chat with our social media stragetist, Seb. 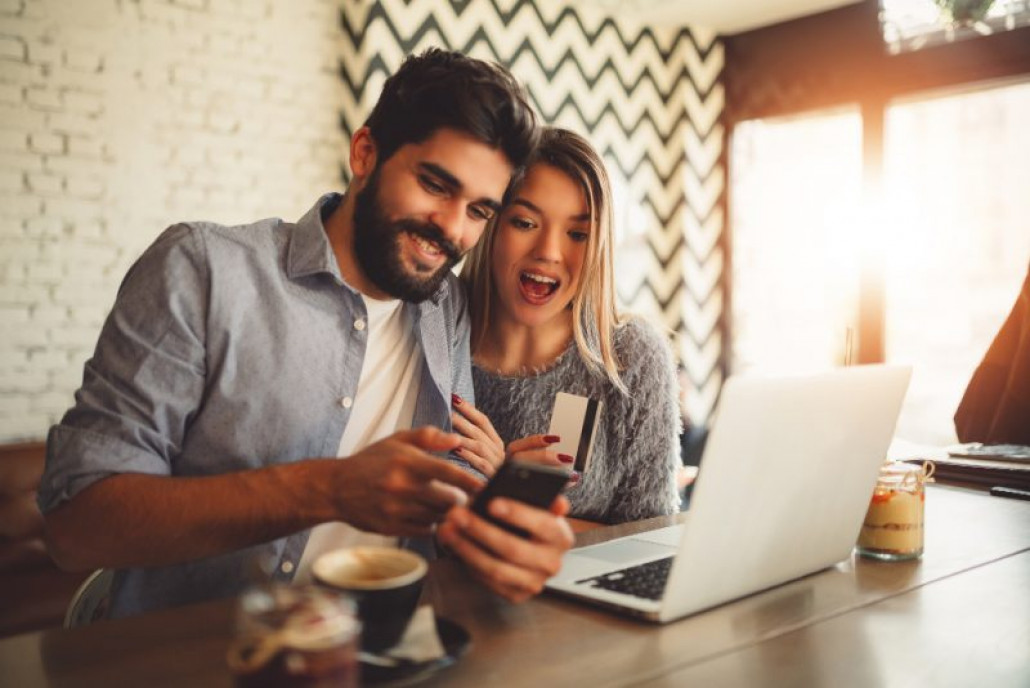 We love us some travel trends and analysis, and Tnooz delivers the goods with this round-up of key digital priorities for travel brands identified in a study by Adobe and Econsultancy.

Check out the full run-down at Tnooz. 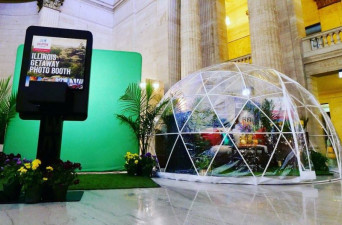 Nearly 23 million vacation days go unused in Illinois every year. That means Illinoisans go without all the good things vacations can bring, and the state misses out on a big economic opportunity.

So as part of National Plan Your Vacation Day, we were proud to partner with Enjoy Illinois to create the Vacation Station, a pop-up in Chicago’s Union Station which encouraged Chicagoans to plan their Illinois getaway.

Commuters were greeted with a Starved Rock State Park-themed dome, with design by Chicago Flower and Garden Show, and an Illinois getaway photo booth. They took away memories–and hopefully a little inspiration to plan their next vacation. (Speaking of which, when’s the last time you took a vacation?) 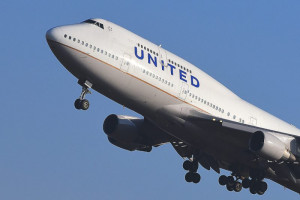 Speaking of putting the customer at the center of things: United Airlines showed its commitment to a customer when it honored its policy to apply the cost of an unused ticket to a new ticket.

Honoring their own policy might not sound like much, but in this case, the unused ticket was a special case: it was bought for a December 1998 flight. The customer found the old-school paper ticket in a box underneath his bed.

So 7 years after the airline merged with Continental, 10 years since they stopped using paper tickets, 12 years after the company emerged from bankruptcy, and 19 years since the ticket itself was issued… United issued a $378 credit, the cost of the 1998 ticket. They did the right thing by the customer—and it’s probably also earned them a good deal more than $378 in PR (you’re welcome, United).

Your Instagrams are the same as everyone else’s 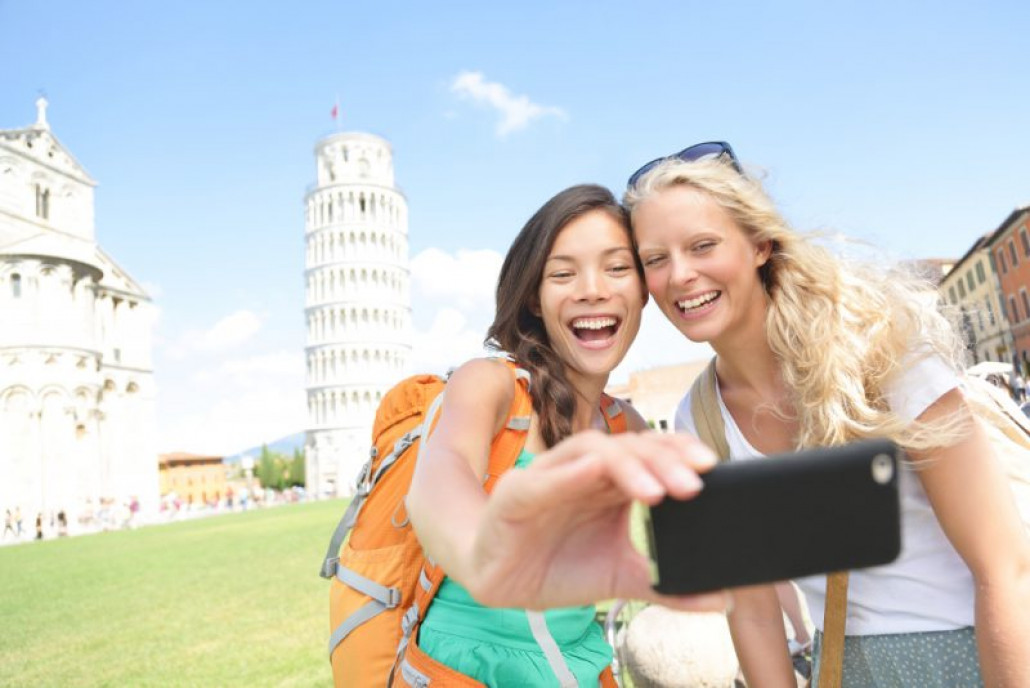 All Instagram users are probably a little guilty of taking a cliché picture or two—or three, or six, or, well, a feed-ful of them.

Oliver KMIA decided to highlight this. Traveling in Europe, he found that fellow tourists were glued to their phones and cameras, trying to get the perfect photo, but not really experiencing the place. Thing is, the perfect photo they’re trying to get is the same photo everyone else already has—which he proved with this video, compiling hundreds of similar vacation images into a quick-fire montage.

Take it as inspiration to check off all the shots you should get—or as inspiration to find something a little different. And if you’re a destination, maybe it’s an opportunity to showcase your lesser-known sights? “Get the photo your friends don’t have”.

At TimeZoneOne, I write and arrange words in manners delightful to people and artificial intelligence; and I develop digital, website and creative strategies to put those words (and other things) in front of people. 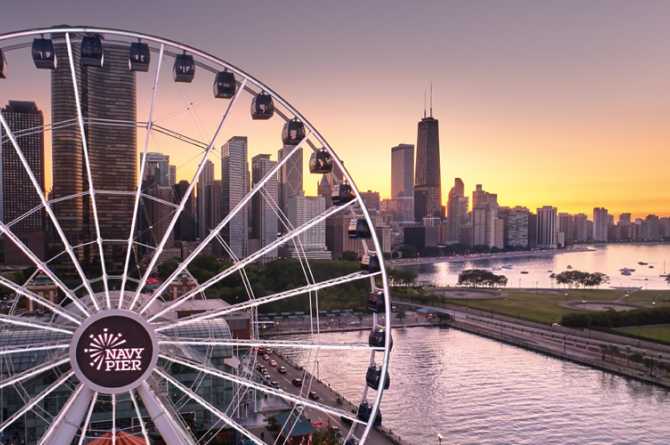 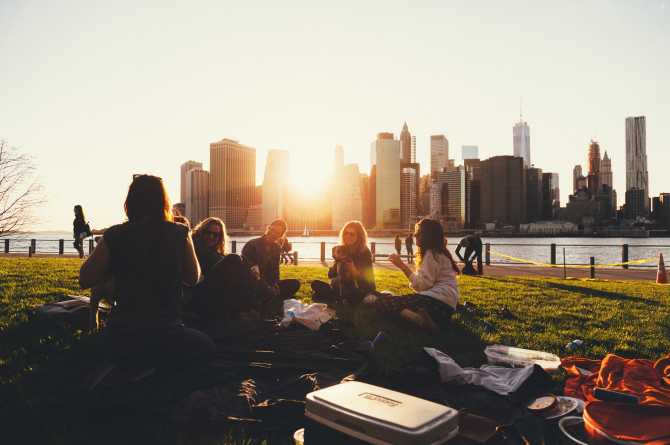 Our North American partners can expect even more added value as we welcome a new strategic marketing expert to our team. 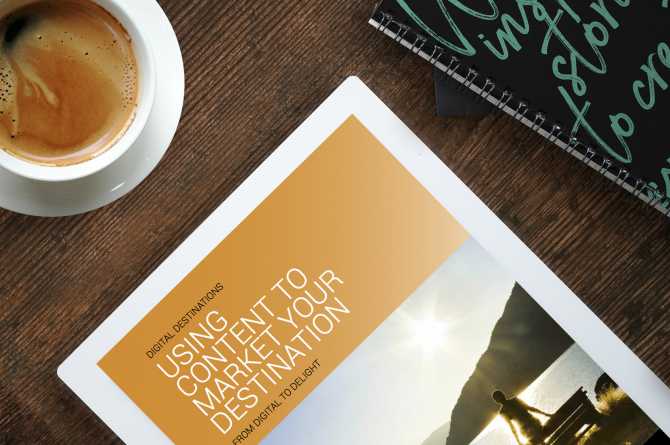